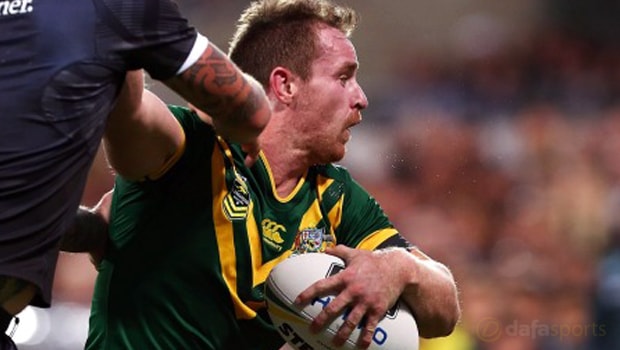 Australia half-back Michael Morgan believes the Kangaroos will face a stern physical test when they take on England in the Four Nations on Sunday.

England are 3.75 to secure the win and the host nation need to beat Australia if they are to keep their campaign alive.

Morgan feels England will use their size and target his side through the middle at the London Stadium, but he is confident Australia can record a third successive win and send Wayne Bennett’s side crashing out.

The North Queensland Cowboys star told Love Rugby League: “They have a good set of halves and some big outside backs that can finish their sets really well and get their sets started, so it’ll definitely be a challenge.”

It remains to be seen whether or not Australia coach Mal Meninga will hand Morgan a starting spot on Sunday, with Jonathan Thurston and Cooper Cronk both available.

The 24-year-old is keen to be involved and insists he will make an impact if he retains his place in the starting line-up.

He added: “I’ll wait and see what Mal has in mind and whether or not I get an opportunity anywhere in the team. [If I do] I’m going to be over the moon and I’ll try and make the most of it.”